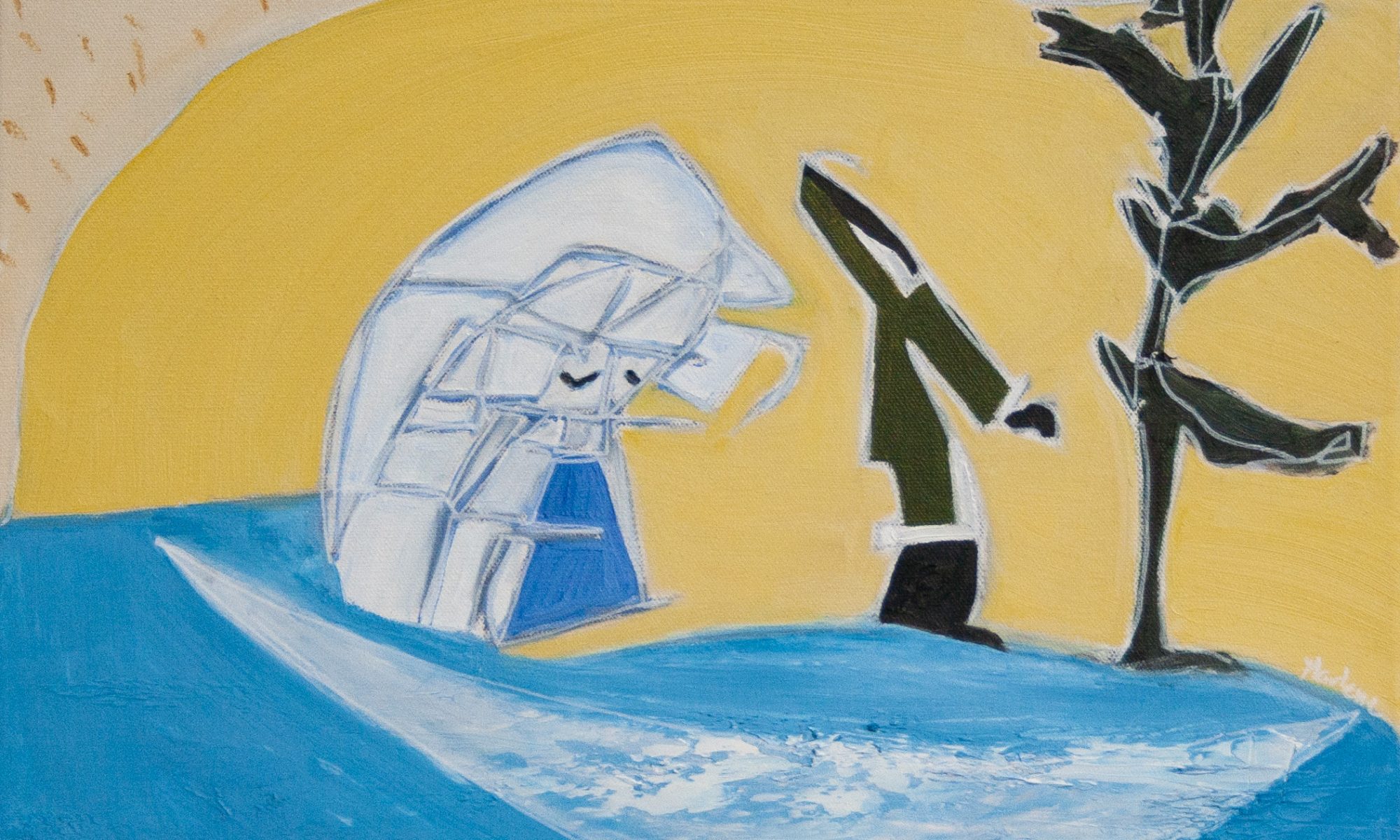 Inuk artist Elisapee Ishulutaq didn’t begin drawing and printmaking until her mid-forties, when she moved to the community of Pangnirtung on Baffin Island. Until then, she lived off the land, traveling with her nomadic family and hunting the caribou trails of Nunavut.

When she finally did pick up pencils (and, eventually, oil sticks), she found in art an opportunity to transmit the knowledge of her first decades to later generations, who were unfamiliar with traditional Inuit customs. She never learned English, speaking only Inuktitut, and she felt a great deal of nostalgia for the Inuit ways of life that colonialism, residential schools, and urbanization nearly extinguished.

Seeing in her heritage a vibrancy and wisdom that could nourish her community, Ishulutaq made it her mission in later life to use art as a means of educating younger generations. Unlike many Inuit artists, her works are frequently autobiographical, depicting scenes of play and nomadic life from her own childhood. Across large expanses of paper, her colourful oil sticks portray games, hunting scenes, and family relationships.

But Ishulutaq was equally invested in bringing broad attention to two central crises affecting northern communities: climate change and suicide. She depicted melting ice caps, hoping that hunters would learn about the new dangers presented by slick ice. She was also inspired to create four large panels in response to the suicide of a nine-year-old boy in her community. At a time when many youths were taking their lives, she wanted her art to mourn loss while also creating a unique outlet for depression. While creating the panels for In His Memory, she invited children into her space; many of them were moved to make their own drawings as a response to the boy’s suicide. Her hope was to bridge together art, heritage, and generational divides as a way of enriching community life and alleviating the isolated feelings that can lead to suicide.

Honoured with the Order of Canada in 2014, Ishulutaq continued drawing until the end of her life. Usually confined to a wheelchair, she would sit on the floor, leaning over large sheets of paper for days to create oil stick drawings, always intent on reminding younger generations of the way things used to be in the North—ways that are lost but, thanks to Ishulutaq’s art, not forgotten.