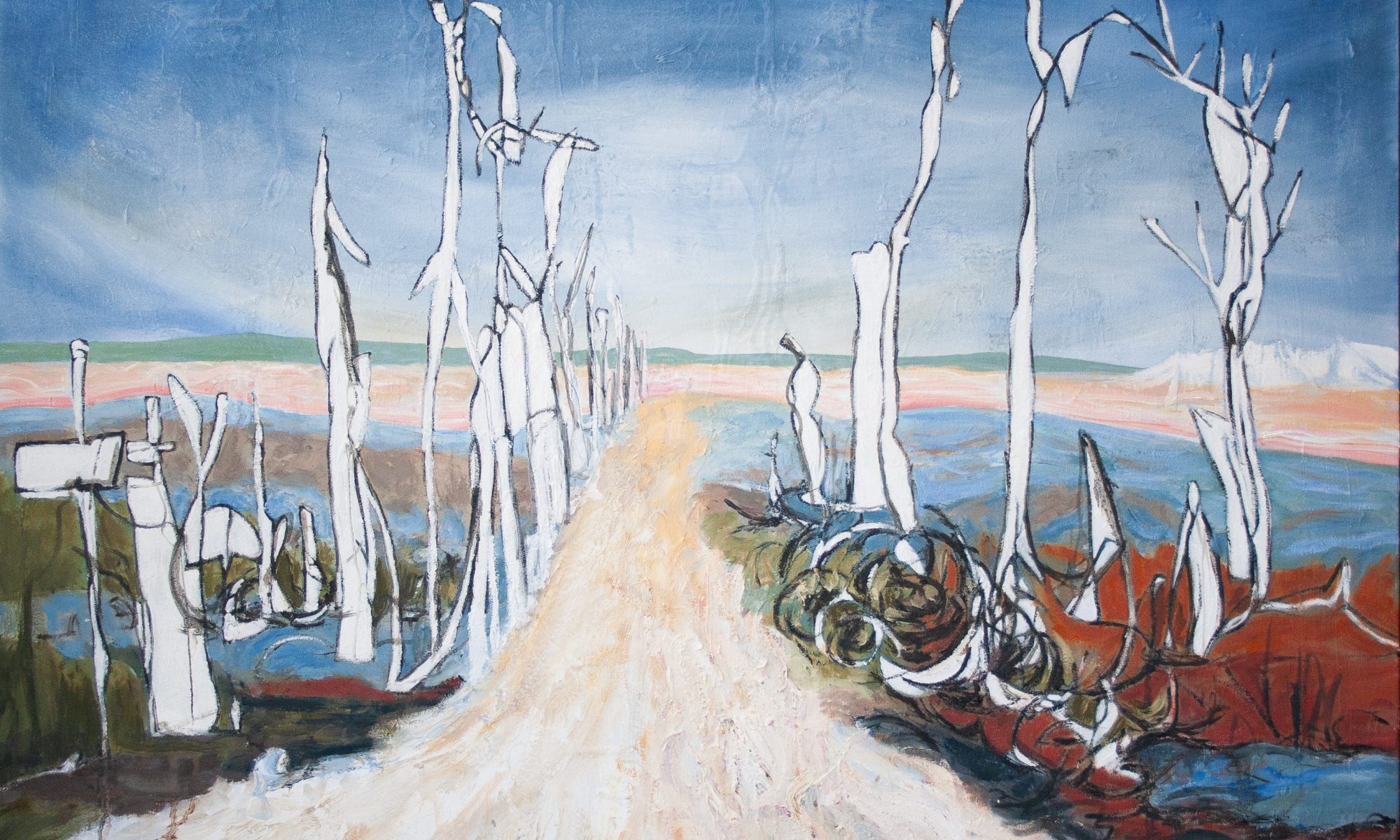 Mary Riter Hamilton’s life was marked by both personal and historical tragedies, events that pushed her to produce remarkable paintings while also impacting her health. Shortly after she was born in 1873, Hamilton’s family moved from Ontario to Manitoba, where she spent her childhood. After training as a hat maker in her teens, she followed her employer to Thunder Bay, Ontario, where—at the age of 18—she met and married Charles W. Hamilton. Within four years, both her infant child and her husband had died.

Hamilton never remarried. After her husband’s death, she travelled in search of an art education, having always enjoyed drawing as a child. She studied in Toronto before moving to Europe to train at the Académie Vitti in Paris, only coming home in 1911 when her mother fell ill.

From the time she returned to Canada until the end of the First World War, Hamilton struggled to support herself. She moved to Victoria, BC, setting up shop as a portrait artist and selling her own paintings to survive. When the war began, she begged the Canadian government to send her to Europe as a war artist. But because she was a woman, her request was denied.

It wasn’t until 1919—just after the end of the war—when her opportunity to return to Europe arose. She was hired by the Amputation Club of British Columbia “to paint the battlefields of Europe, a tribute to those who were killed, maimed and wounded in the Great War.” And since she arrived so soon after the end of the war, she was able to capture the sorrow and despair that still populated the terrains she covered—the Somme, Vimy Ridge, Ypres.

For three years, Hamilton endured perilous dangers living in a tin hut with Chinese workers hired to clear the western front of war debris. Unexploded landmines and shells littered the devastated fields she painted. Travelling bands of uprooted criminals and looters—as well as rats and disease—constantly threatened her safety. She frequently had little to eat, while rest and comfort were hard to come by. Yet, she set up her easel on the battlefields, accompanied by her dog, Old Bob. She used whatever materials she could find; when she ran out of canvases, she turned to paper, wood, and even cardboard. In this time, she produced over 350 paintings—the largest collection of Canadian World War I paintings produced by a single artist.

While the European response to Hamilton’s war paintings was reverential and supportive (her pieces were displayed together to large crowds in Paris), “Canada was less enthusiastic and authorities offered little praise.” Indeed, when Hamilton returned home, the public showed little interest in her war paintings, perhaps in a desire to move on from the losses of war. In the end, Hamilton refused to sell any of these pieces, donating the entire collection to the National Archives of Canada.

Her experiences on the battlefields in Europe took a major toll on Hamilton’s health. She spent the rest of her life in Canada in and out of hospitals and psychiatric wards, painting whenever she could in order to support herself. Although her work was admired, it was not until after her death that Hamilton became celebrated as one of the most important Canadian artists of her time.