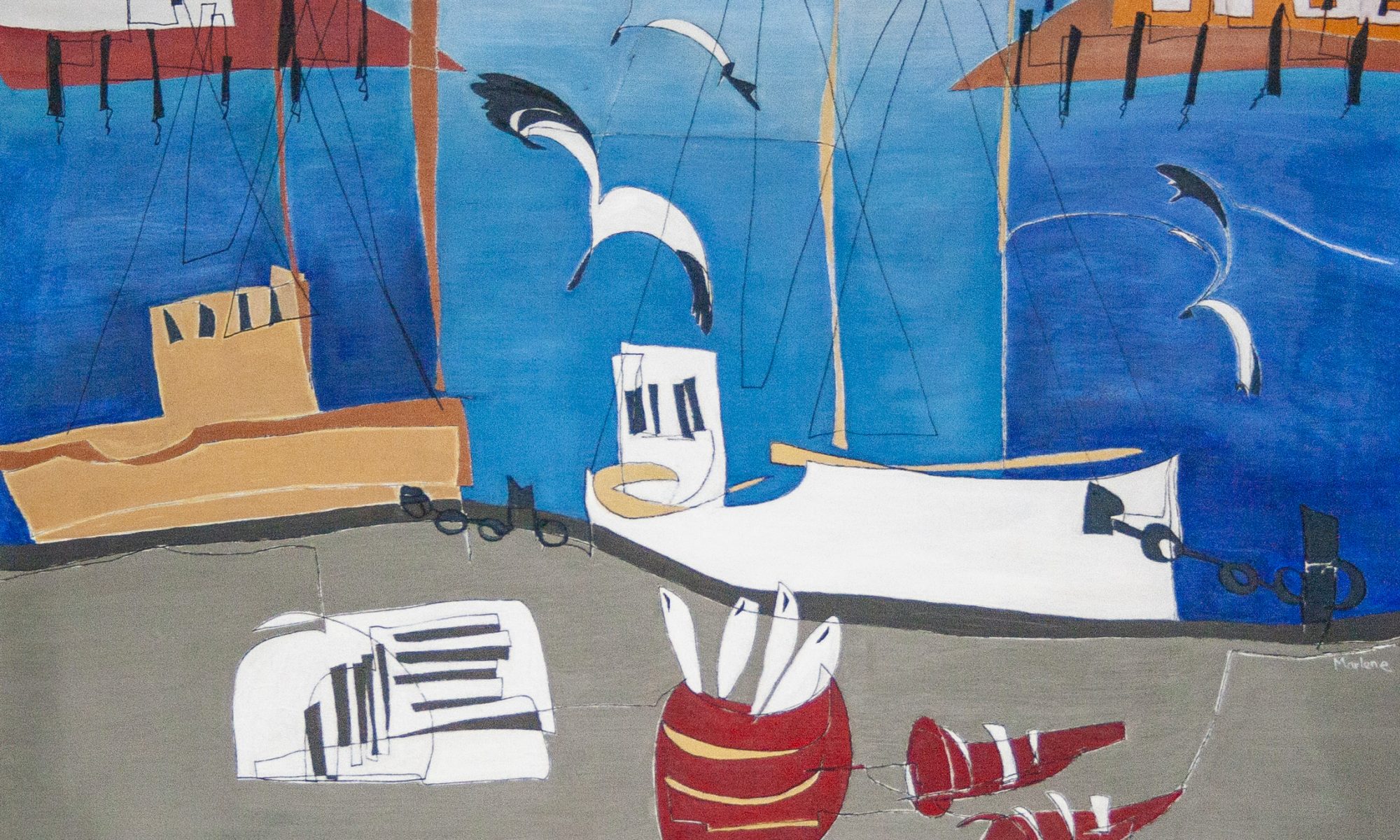 Partly thanks to a handful of films about her life—most notably the 2016 biopic Maudie, starring Sally Hawkins and Ethan Hawke—Maud Lewis has become a familiar name to Canadian art-lovers. Yet, despite the growing fame her legacy enjoys, Maud was born, lived, and died in poverty. In her final years, she still dwelled in a 15-square-meter, 1-room house whose enormous woodstove struggled to stave off the cold of a Nova Scotia winter blasting through gaps in the wall’s ramshackle boards. The house had no running water or electricity, and the malfunctioning chimney meant that much of the interior was covered with soot.

It was to this house that Maud approached in 1938, a stranger answering a newspaper ad posted by Everett Lewis, a bachelor in search of a housekeeper and wife. Within weeks of their first encounter, they were married. Maud was 35 years old, and had already survived a lifetime of hardship.

Born in the Yarmouth region of Nova Scotia, Maud learned piano and art from her mother, who sold Christmas cards with folk art images of rural winter scenes, much like the landscapes Maud would paint in her later years. But Maud was shunned by schoolmates, who teased her for so-called birth defects: twisted fingers, hunched shoulders, and a chin that drew in towards her chest. She left school after Grade 5.

In 1928, Maud fell in love with a local man, who abandoned her soon after she became pregnant. Born out of wedlock, the infant was quietly put up for adoption; Maud was told her daughter had died, and she never saw her again. Two years later, when both of her parents passed away, she was almost entirely alone in the world. Her brother refused to allow Maud to live in the family home, so she moved to Digby to live with her aunt.

Maud’s marriage to Everett Lewis therefore offered a sanctuary, even if it was an abject one. The couple was exceptionally poor; Everett had once lived on the “Poor Farm” where he later worked as a guard. He also peddled fish at people’s doors, and Maud would accompany him, taking in the scenery of this narrow slice of Maritime land through the summer months. In winter, she would paint what she remembered of the wildlife, as well as images from her childhood.

Everett bought Maud oil paints and brushes, and Maud went to work, painting any surface she could find—everything inside and outside her home. Her art on walls, floor, and household objects offer “evidence of one person’s need to express and give substance to an inner vision which belies the reality of her impoverished existence” (Hamilton 42).

Maud placed a sign by the highway advertising her art, and tourists would pull in to admire her house—decorated in flowers and butterflies and birds—and purchase a small painting for a minimal sum. Over time, her paintings and her unusual dwelling garnered national attention, and people began to offer her slightly more money for her work. But it was never enough—or there was never a willingness—to move away from the tiny home.

In fact, there has been some criticism about Maud’s celebration in the ranks of esteemed Canadian artists; some have called into question the commercial drive behind her work. But, as writer Christine Sismondo points out: “The distinction between commercial and fine art is a complicated maze of class, gender and race issues made all the more confusing by the public’s romantic ideas about starving artists. That romanticism isn’t always afforded to actual starving artists like Lewis.”

In the last year of her life, Maud fell, probably from the steep stairway leading up to the couple’s loft. This fall, as well as health complications related to arthritis and pneumonia, landed Maud in the hospital. Everett recalls the birds that would fly by her window to see her, never returning after her death.

As an artist, Maud is admired for her bright, bold colours, and for her simple, folk art drawings. But as a figure, she also strikes a special chord with her audience: the contrast between the happy scenes she painted and the hardship she faced in her daily life seems to insist on a depth of spirit and jubilation that transcend technique or training. It doesn’t matter that she never took an art class, or that she never once laid eyes on a single work of art. As one commentator notes, “She was cut off from everything, except what was inside her.”

Beaudry-Cowling, Diane. Maud Lewis: A World without Shadows. National Film Board of Canada, 1976.