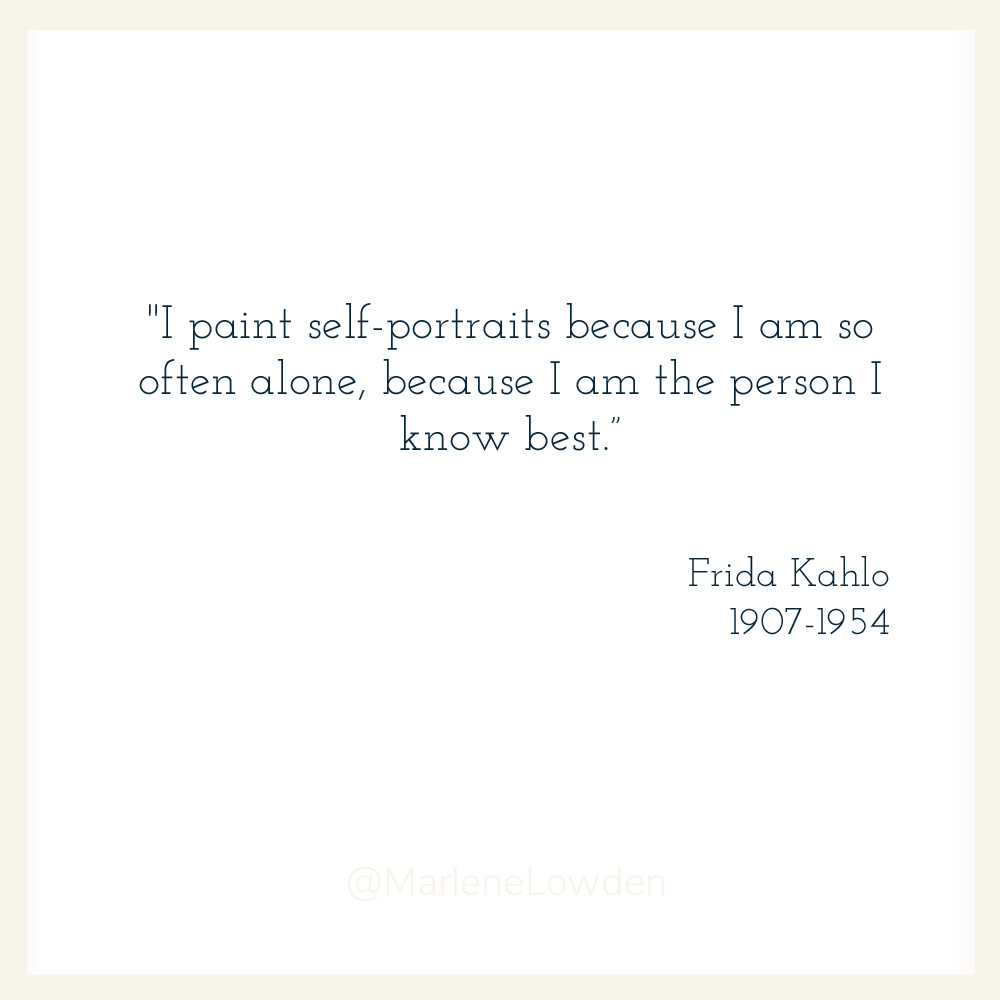 Magdalena Carmen Frida Kahlo y Calderon has been celebrated worldwide as a symbol of Mexican national and Indigenous traditions but her work was largely over looked until the Feminist art movement of the 1970’s.

Kahlo spent most of her childhood and adult life at her family home now known and publicly accessible as the Frida Kahlo Museum. She suffered from polio as a child and nearly died in a bus accident as a teenager. Multiple fractures, a shattered pelvis, broken foot and dislocated shoulder from the accident plagued her with health issues for the rest of her life. She began to focus heavily on painting while recovering in a body cast and gave up her earlier ambitions of a higher education. She had 30 operations in her short lifetime.

In 1927, she joined the Mexican Communist Party and met muralist Diego Rivera. They married in 1928. Kahlo spent the late 1920s and early 1930s traveling in Mexico and the United States with Rivera while he was working.

During this time she developed her own style as an artist and drew her main inspiration from Mexican folk culture. She mostly painted small self-portraits. Her physical and emotional pain is depicted on canvases, as is her turbulent relationship with her husband, who she married twice. Life experience is a common theme in Kahlo’s work.

Her paintings raised the interest of Surrealist artist André Breton, who arranged for Kahlo to have her first solo exhibition at the Julien Levy Gallery in New York in 1938. The exhibition was a success and was followed by a show in Paris in 1939. The Louvre purchased a painting from Kahlo called “The Frame,” making her the first Mexican artist to be featured in their collection.

Throughout the 1940s, Kahlo continued to show in exhibitions in Mexico and the United States. Her health began to seriously decline and shortly after her first solo exhibition in Mexico in 1953, she died at the age of 47.

She was mainly known as Rivera’s wife until her work was “rediscovered” by art historians and political activists in the 1970’s. Since then she has become an international icon and celebrated by Mexicans, feminists and the LGBTQ movement.

By 1984, Kahlo’s reputation as an artist had grown to such extent that Mexico declared her works national cultural heritage. “Diego and I,” was auctioned by Sotheby’s for $1.4 million in 1990, the first Latin American artist to break the 1 million dollar threshold. In 2016, “Two Lovers in a Forest” sold for $8 million.

She is one of the most recognized artists in history and hopefully “Fridamania” carries with it her progressive values, strength and beauty.